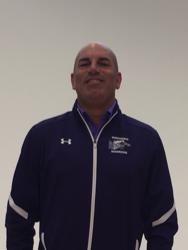 Coach Ritchie Davis has helped mold and shape thousands of student-athletes lives over the past quarter century.  He has enriched the lives of many basketball players through athletic and academic programs.  He is extremely active within the Wisconsin Basketball Coaches Association and runs one of the top AAU programs in the entire country.

Coach Ritchie Davis has mentored numerous current and former NBA & NCAA Division I college basketball players. Coach Davis has assisted over 235 student-athletes in helping them achieve scholarships from premier NCAA Division I & II programs.  Coach Davis is widely regarded as an industry leader and is considered one of the most influential people in basketball from the state of Wisconsin.

Coach Davis has recently been nominated for both the Wisconsin Basketball Coaches Association (WBCA) Hall of Fame (Class of 2021) as well as the University of Wisconsin - Superior Athletics Hall of Fame (2021 - Mertz Mortorelli Coaching Achievement Award).  Coach Davis is involved with numerous area and state charitable organizations including the MACC (Midwest Athletes Against Childhood Cancer) Fund and the Vince Lombardi Cancer Foundation.

in 2020, Davis was recognized by the Heart of the Valley Chamber of Commerce for his incredible work in the local Fox Cities community.  He is also very active in working with the Fox Cities Convention & Visitors Bureau in regards to promoting the sport of basketball within the region.

"Ritchie Davis is one of the most organized, detailed and passionate coaches I know. When I gather information on a story for https://www.wissports.net, Ritchie is always extremely helpful in providing useful information about players. He does a terrific job of coaching the young men in his program, and he also promotes his players exceptionally well to college coaches throughout the United States. There are few basketball people in Wisconsin with as much passion and dedication as Ritchie Davis."  Mark Miller, Wisconsin Basketball Yearbook/Wisconsin Sports Network, Chief Editor

"Ritchie Davis runs an outstanding organization that provides the ultimate teaching in the skills of basketball, and maximum exposure at the highest levels for his players. He is most definitely one of the best teachers and coaches that I have worked with during the past 30 years."  Bob Gibbons, All-Star Sports, National High School Basketball Expert

"I consider Ritchie Davis a major asset to basketball players in the state of Wisconsin and throughout the Midwest. In the course of my college coaching I met and worked with Ritchie and know him to be a man of integrity with a passion and work ethic to help young people succeed. His commitment to academic preparation, life skills, and helping players move on to college is impressive. His expertise is in developing the whole person/student/player and has the track record to prove it."  Randy Brown, Chicago Bulls, Director of Player Development

"I, Patrick Baldwin, proffer the highest recommendation to Ritchie Davis. I have had the privilege of knowing Ritchie for over 20 years. Throughout my years of knowing and working with Ritchie, I have found him to be highly professional, extremely hardworking and relentless in his pursuit for excellence. I admire Ritchie's work ethic and hold him in the highest regard."  Patrick Baldwin, UW-Milwaukee, Head Coach

"Ritchie is a guy who cares about his craft. He is passionate with helping out the young men in his program and getting them a chance to succeed not only on the court, but in life. In addition, he does a tremendous job in teaching the game of basketball to his players. Coach Davis is top notch!"  Nick Bennett, Racine St. Catherine's High School, Head Boy's Basketball Coach

"Ritchie runs one of the best high school-age "travel" basketball programs in the country! He has talented players who are fundamentally sound and well-coached and organized. It's a pleasure to watch his teams and players perform."  Frank Burlison, BurlisonOnBasketball, National Grassroots Scout

"Ritchie runs one of the most respected and well operated organizations I have worked with. As proud as I am to have grown up in the state of Wisconsin, his basketball program is another source of pride for our state! As a father, the best recommendation I can give him is that I would trust him with my son."  Luke Strege, Mineral Area College, Head Coach

"Ritchie has created a quality basketball program with the Wisconsin Playground Club. He has demonstrated the ability to identify quality talent, then mold and develop that talent through his coaching and direction into a team oriented system that has become one of the top club team programs in grassroots basketball."  Van Coleman, Global Sports Television, COO

"It has been my pleasure to know Ritchie Davis for the past 10 years. Ritchie played a vital role in building the Wisconsin Playground Club basketball fortunes in the state of Wisconsin. I have been very impressed with Ritchie's passion for the coaching profession, as well as his compassion for his players. He has always had the ability to communicate with the athletes. Ritchie is highly respected by his coaching peers and has a superb work ethic. Furthermore, his character is above reproach and his dedication and loyalty are second to no one. Ritchie is truly one of the finest coaches I have had the pleasure to work with in my career and has a very successful coaching career ahead of him."  Mark Dannhoff, Texas A&M Corpus-Christi, Assistant Coach

"Ritchie is a hard worker who excels at making others around him better. He is consistent with who he is as a person and maintains professionalism daily. Ritchie is very good at staying on the task and finishing the job that is required of him. I have seen Ritchie under pressure and stress and he will thrive at whatever is required of him."  Jody Bailey, University of New Orleans, Assistant Coach

"Ritchie is a true professional and approaches his work in a first class manner. His goal is to help individuals and teams reach their potential through hard work, perseverance, intelligence and teamwork. One of his greatest strengths is his personality. He has tremendous rapport with everyone. He is honest, fair and a hardworking person."  Jeff Rutter, Miami University (OH), Assistant Coach

"I have had the pleasure of coaching basketball with Ritchie for the past 15+ years. In that time, he has become a trusted friend. Ritchie has boundless energy and enthusiasm for the game of basketball and working with kids. His strengths as a coach are his ability to break the game down to the basics and teach the building block fundamentals during practices, while emphasizing organization, discipline and team concepts during the games. Kids definitely improve through participation in his program."  Francisco J. Vasquez, Nortek Global HVAC, Sr. Vice President

"Ritchie works with sincere passion for the success of all those within his organization. He is highly motivated and organized and relentless in his work ethic."  Brad Autry, Van Buren High School (AR), Head Boy's Basketball Coach

"I have known Ritchie Davis for quite a few years and have always been impressed with the dedication he has shown towards the high school athletes in his program. He has always put the kids' best interests before his own, and instills in them many qualities that they will need to succeed in life, both on and off the basketball court. There is no question in my mind that the young men that participate in Ritchie's program learn valuable life lessons, and are better people as a result of his work with them."  Jim Ganzer, BrewCityBall.com, Founder

"Coach Davis has done an outstanding job building the Wisconsin Playground Program into a national power. As a member of the Under Armour Grassroots circuit his teams have excelled at a very high level under his leadership. He serves as a great mentor to the players in his program and also develops players to become the best they can be. Numerous players have benefited and flourished under his leadership of the Wisconsin Playground program."  David Buchanan, Drake University, Former Assistant Coach

"Coach Davis does a great job of providing his kids with the best opportunities to continue on at the college level. He not only helps them improve individually but also gives them the exposure to allow them to be seen by the best programs in the nation."  Scott Bork, Neenah High School, Former Head Boy's Basketball Coach

"Ritchie is one of the most passionate and hard working individuals in the basketball profession that I have had the pleasure of working with. I have known him for nearly 20 years. He is dedicated to helping his players improve their skills, and he educates them on what it will take to have a successful collegiate career."  Jeremy Tiers, Former Basketball Scout

Ritchie A. Davis resides in the Village of Little Chute within the Kaukauna Area School District with his wife, Amy M. Davis and his son, Jace R. Davis.  He also is employed by the Green Bay Area Public School District at East High School.

Inside the Wisconsin Playground Warriors

AAU, High School Coaches Have Learned to Co-Exist as of Late 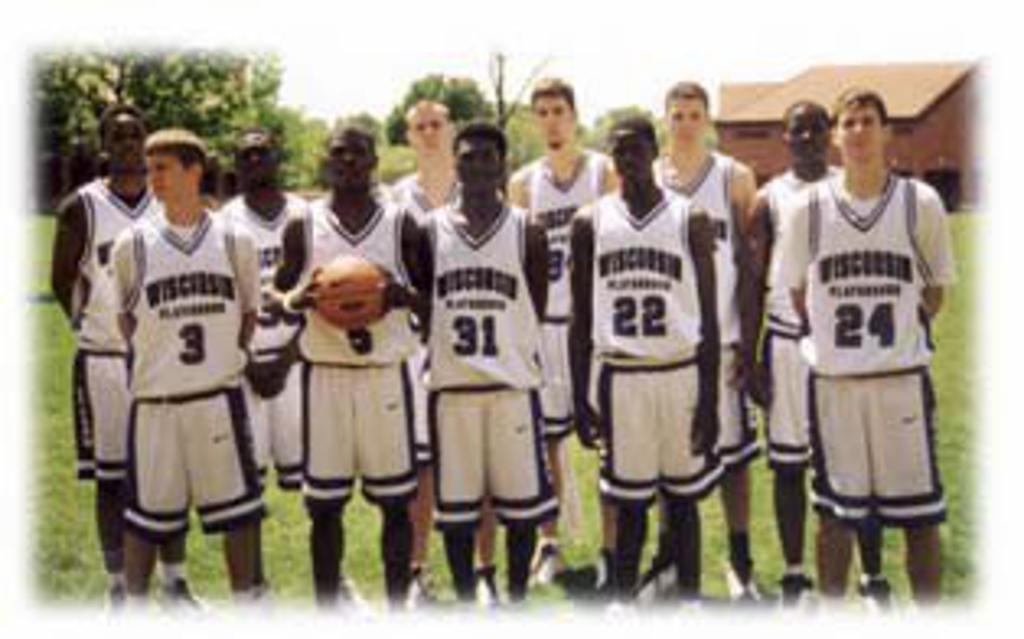 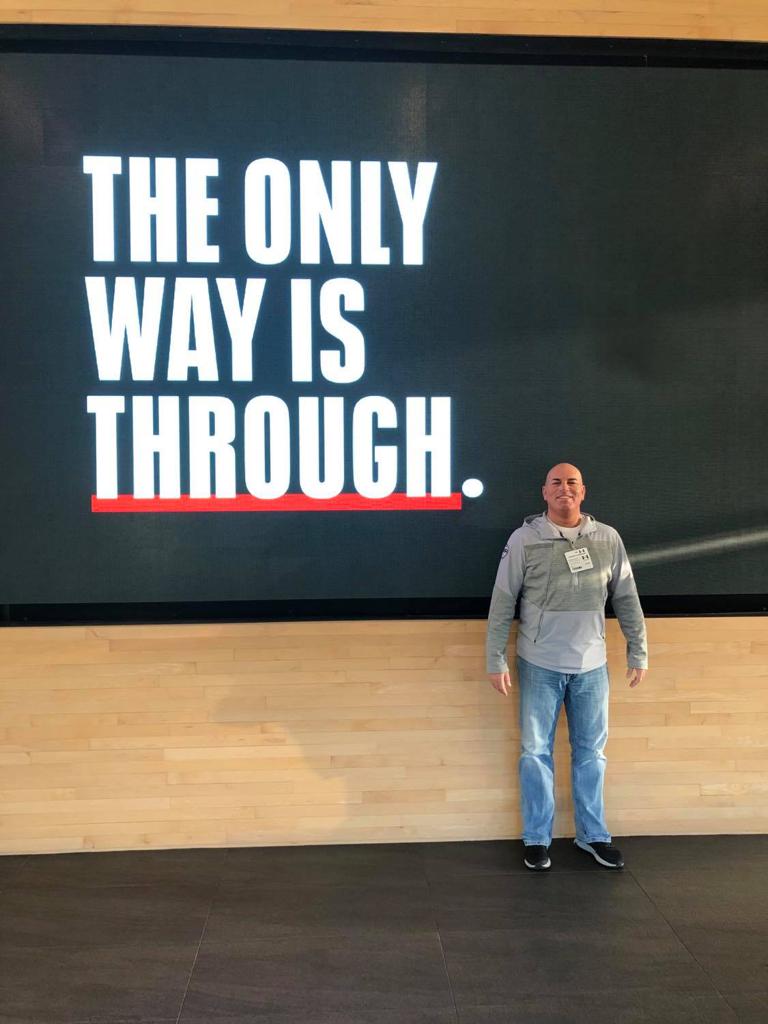 Ritchie A. Davis - The ONLY Way Is Through